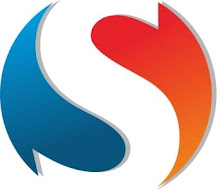 Video footage showing the actions of other crew members who reportedly dumped the bodies of Indonesian ABK crews into the sea in South Korea. (MBC News Youtube screenshot)
SULSEL INFO ■  RI MPR Chairman Bambang Soesatyo strongly condemned the case of slavery against Indonesian Citizens (WNI) who became Chinese vessel-flagged fishing vessels (ABK). The government is asked to immediately intervene to handle cases that occur on the fishing vessels Long Xin 605, Long Xin 629 and Tian Yu 8.
The suffering of Indonesian citizens working on the ship was reported by TV MBC from South Korea, who covered directly when the ship was leaning in Busan, South Korea a few days ago. The ABK Indonesian Citizens have been deprived of their liberty, work in improper conditions, the right to life has been snatched away and the bodies of the dead Indonesian citizens are not buried on land, but thrown into the sea.
"The act of throwing the body of Indonesian citizen into the sea by a Chinese-flagged ship is a very serious matter. Not only that, there is a strong suspicion that the deprivation of human rights by employing Indonesian crews is like a slave, with very poor conditions, should receive serious attention from Ministry of Foreign Affairs. In a modern era like this, slavery is no longer permitted. Every human being has his / her rights and obligations recognized. If necessary, the Ministry of Foreign Affairs must raise this as an international issue, "Bamsoet said, in Jakarta, Thursday (7/05/20) .
The former Speaker of the Indonesian Parliament stressed that the Indonesian Ministry of Foreign Affairs was not enough to just make a diplomatic note through the Indonesian Embassy in Beijing, China. But also must immediately call on the Chinese Ambassador to Indonesia to get a full explanation. In fact, if necessary in-depth investigation related to this matter. Because this incident is not the first time this has happened.
"Protecting all of Indonesia's blood is one of our national and state goals. This is an important task of the government as mandated in the opening of the 1945 Constitution of the Republic of Indonesia (1945 Constitution). The life of one Indonesian citizen is as valuable as the life of an Indonesian nation "Do not let the defense of the state against its citizens who become victims of slavery is weak," said Bamsoet.
Not only pushing in terms of diplomacy, the Deputy Chairperson of the Indonesian Chamber of Commerce and Industry (KADIN) also asked the Police and the Ministry of Manpower to investigate the possibility of human trafficking in the departure of Indonesian citizens who became ABK on various fishing vessels. It is probable that many residents because of economic demands are tempted by the lure of money from illegal labor distribution companies.
"Instead of working formally by having clear legal documents, our citizens actually become victims of slavery due to human trafficking. How can they work as ABK, there must be distributors. These channeling companies also need to be investigated for their legality. This must be a momentum for the government to prove partiality as well his presence in the lives of the people, "concluded Bamsoet. (A2M)
Bambang Soesatyo.